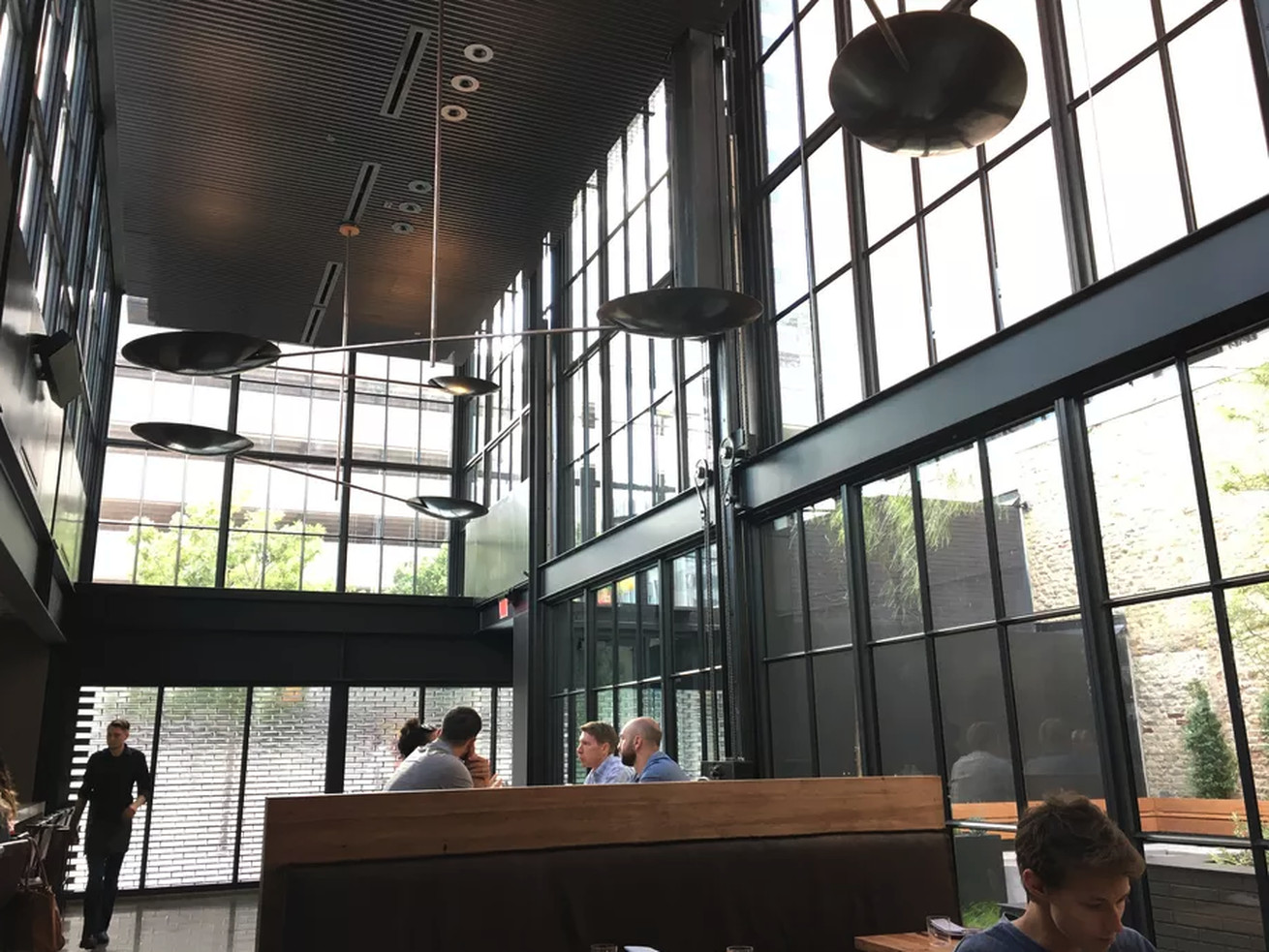 Dallas chef Peter Barlow set off a social networks firestorm in the Texas dining world this weekend after throwing a temper tantrum and presumably failing to tip a server after dining at much-lauded Austin restaurant Comedor.

On Instagram, Comedor chef Gabriel Erales posted screenshots of “insulting” messages supposedly sent to him by Barlow via Instagram, alongside an image of a restaurant invoice with a $0 suggestion from Barlow’s dinner at the dining establishment. According to Erales’s account, Barlow dined at Comedor on February 29, and was distressed that Erales wasn’t in the dining establishment when he arrived. In various Instagram Stories and talk about the platform from Barlow’s official Instagram account, he states that he bought 2 cocktails and a “crudo we didn’t even consume” from the restaurant’s menu, and left prior to buying anything else.

Erales, who wasn’t at the restaurant at the time, informs Eater that Barlow sent him multiple messages about the restaurant’s food and service, a few of which were sent at 5 a.m. “I expected a lot more,” the message Erales says he received from Barlow checks out in part. “Your quality of attention was missed. This journey [to Austin] was based to see you and eat. Fucking significant dissatisfaction.”

For those who are unfamiliar with Comedor, Erales’s dining establishment is currently one of the most popular dining facilities in Austin. In 2018, the restaurant won Eater Austin’s Design of the Year award, and food editor Pat Sharpe simply called it the finest dining establishment in the entire state back in February. And for folks who do not acknowledge the name Peter Barlow, he’s an alum of Stephan Pyles’s now shuttered Downtown dining establishment Plants Street Coffee shop and ran an experimental tasting menu spot called Fauna, likewise located inside Flora Street Cafe.

Take a look at the full interaction– and Erales’s talk about the situation– listed below:

View this post on Instagram Three years back when I was working in Tulum I got a message from the Head Chef of Stephen Pyles’s then brand-new dining establishment Plants Street presenting himself and informing me that he was concerning consume w Chef Pyles and his girlfriend. He then asked if I might arrange a stage for the two of them for the day of their dinner. Not knowing him and just assuming character based off the achieved and respected Chef Pyles who in truth paid for my cooking school, I arranged it. Quick forward 3 years and this very same Chef comes to our dining establishment, then storms out since I was not there to” design”him out and treat him like he is a celeb. He then stiffs our server and continues to send me insulting messages about our dining establishment and the food through IG, yet he just purchased one item. I have actually never experienced a Chef that felt so privileged to insult a team due to the fact that they did not get treated like they were celebs. Sorry I missed you at the restaurant @elchefpeter! I left early to spend the Saturday night with my kids. I hope your night improved.

< p style="color: #c 9c8cd; font-family: Arial,sans-serif; font-size:14 px; line-height:17 px; margin-bottom:0; margin-top:8 px; overflow: hidden; padding:8 px 0 7px; text-align: center; text-overflow: ellipsis; white-space: nowrap;"> A post shared by Gabriel Erales (@g_erales) on Mar 1, 2020 at 2:35 am PST On Sunday, Barlow left a discuss the post via his pop-up business Niteshade Chef Collaborative, stating that he didn’t “stiff” the server, and gave $100 in money to the restaurant’s basic supervisor as a suggestion for the server. Strangely, Barlow later posted a photo to his Instagram stories of a $100 expense being exchanged between 2 hands as “proof” that he had really left the tip.

“After I responded to his messages and informed him I was disappointed in his lack of class as a chef and industry peer, he proceeded to call me an asshole for ‘ruining his going-away dinner,'” Erales tells Eater. “He stated he was going to go back to the dining establishment to give the server $200 for his two shitty cocktails.” Erales states that Barlow did undoubtedly give a supervisor $100 for the pointer a day after the dinner, however just after Erales called out his behavior.

According to Erales, he had actually left the restaurant early on Saturday night to invest the night with his kids. “I have actually never come across a chef that felt so fortunate to insult a team because they did not get dealt with like they were stars,” Erales composed of the encounter. “Sorry I missed you at the restaurant.”

After Erales posted his account of the event on Instagram on Sunday, it brought in hundreds of comments, practically all of which were vital of Barlow. “What a piece of shit,” composed Homewood chef-owner Matt McCallister. “I have constantly believed he was but this seals the deal, fucking totally egalitarian.” Jose chef Anastacia Quinones commended Erales for taking the night off to invest time with his household. “As a chef, I rarely leave early for fear of missing out on something or somebody, but I do not let that fear stop me from getting some snuggle time in with my kiddo,” Quinones composed. “Happy with you for giving your spouse that opportunity, and do not ever let anyone take that far from you.”

Quinones and McCallister weren’t the only chefs expressing frustration in Barlow’s supposed handling of the occurrence, either. Erales’s post inspired comments from a veritable “A-list” of Dallas chefs, including Guy Sugary food Chocolate’s Katherine Clapner, previous Mirador chef Junior Borges, and even Barlow’s previous employer and vaunted Dallas restaurateur Stephan Pyles. “I have been the target recently of Peter’s wrath too, and it is undoubtedly unpleasant,” Pyles wrote. “I’m sorry this happened to you.”

Present at that Saturday night supper at Comedor was Barlow’s now-former sweetheart and Dallas Observer food editor Taylor Adams, who published a statement on Erales’s Instagram post condemning Barlow’s behavior. “I think it was horrible just like you do. My participation in this scenario does not in any way show who I am or what I think,” Adams composed in a discuss Erales’s post. “Enough so that I ended an 18-month relationship over it. What occurred last night was totally out of line, and it did not show my real regard for this industry and the dining establishment.”

Instagram/Screenshot A screenshot of Adams’s Instagram discuss Sunday evening, Barlow published a prolonged apology to Erales and the Comedor personnel on his Instagram account. Scope it out completely here:

“I have actually asked forgiveness to the dining establishment and chefs the night of and profusely the next day. And publicly to make amends,” Barlow informed Eater on Monday. “The server was tipped $100 on that night. Taylor had nothing to do with my rude actions.”

For Barlow, he’ll soon be thousands of miles away from all of his industry peers who believe that he acted like a jerk at Comedor this weekend– per the Observer, he’s headed to Copenhagen to phase at an “attention-getting new restaurant” called Alchemist.