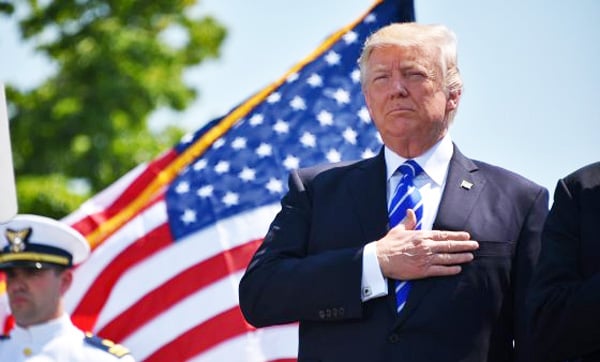 The city of Tulsa, Oklahoma, and its authorities chief have been demanded First and 14th Modification infractions for firing an officer allegedlly to calm local Muslims.

“In a cowardly act of political correctness, the city of Tulsa and its chief of authorities fired a great officer due to the fact that regional, left-wing political activists grumbled about specific Facebook posts presumably made by our customer numerous years prior to his working with as a Tulsa policeman,” stated Robert Muise, a co-founder of The American Liberty Law Center, or AFLC.

The officer was dismissed, Muise said, when “regional political activists complained to the city about conservative social networks posts Brown had actually made numerous years prior to his hiring.”

“These activists play the race and anti-Islam cards every opportunity they get because they dislike white, conservative, Christian authorities officers. It is a shame that the Tulsa cops management was so happy to throw officer Brown under the bus to appease these radicals. While the Tulsa leadership may side with these anti-police activists, I can assure you that the rank and file do not,” continued Muise.

The problem declares: “On or about September 4, 2019, Accuseds, acting under color of state law, ended complainant’s work as a policeman with the city of Tulsa Police Department (hereinafter ‘TPD’) since of the material and viewpoint of specific social networks posts allegedly made by complainant numerous years prior to the city hiring him as a police officer.

“It is well settled that a state can not condition public work on a basis that infringes the employee’s constitutionally safeguarded interest in flexibility of expression.”

The problem contends the city’s actions “breached his rights secured by the First and Fourteenth Amendments to the U.S. Constitution.”

The officer likewise has actually submitted a notification of a state claim looking for the maximum $175,000 in damages.

AFLC senior counsel David Yerushalmi explained: “Shortly after our customer was fired, the Council on American-Islamic Relations or CAIR, a Muslim Brotherhood/ Hamas front group, introduced a press release crowing about the firing and making its predictable ‘Islamophobia’ attack versus the officer. If you are a Christian or a Jew and oppose the Shariah-supremacy promoted by groups like the Muslim Brotherhood and Hamas, CAIR will label you an ‘Islamophobe’ in an effort to marginalize you and your beliefs. It appears that CAIR might have played a role in our client’s shooting. We intend to discover that out throughout the course of discovery.”

The messages in the Facebook posts the city utilized to fire the officer included “I support Darren Wilson” and a cautioning to “Look what’s going down in Austin, Texas today” with an image “Texas Muslim Day.” Others were “Do not mind me Just watering my hippies” on the image of a law enforcement officer using a water tube on protesters, an image of Michelle Obama with the message, “Return to Chicago and take your South Chicago values and your socialist household with you” and a picture of Donald Trump on a lion.

The posts were made lots of years before Brown applied to be an officer.

Among the groups that applauded the shooting at the time was the Oklahoma affiliate of the Council on American-Islamic Relations, which was “an unindicted co-conspirator/joint endeavor in among the largest terrorism financing trials prosecuted by the U.S. federal government,” the complaint states.

“Persons who oppose or are vital of CAIR’s dubious, Islamists agenda are identified by CAIR as ‘Islamophobes’ in an effort to marginalize and eventually silence their speech,” it says.

The officer, soon before his firing, had been attacked in a Facebook post by Marq Lewis alleging Brown “has predispositions towards individuals who practice Islam and Black Americans.”

The grievance explains it was Lewis “and/or those operating in association with him, including the Council on American-Islamic Relations-Oklahoma” who complained.

The case explains Lewis as “a local, radical, left-wing, political activist and agitator who has contempt for white police officers and hatred for President Donald Trump.”