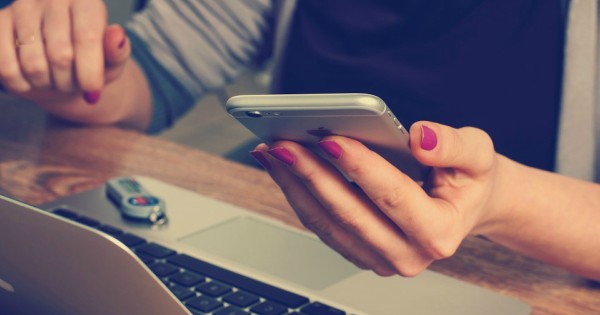 I recently heard a friend state that the best thing she did, upon filing for divorce from her cheating husband, was block him on social media. She said it was because watching her ex move on with his life was so painful, that it was better if she just eliminated the temptation to watch. This was the fix to her heartache.

Well, okay. Blocking seems like a reasonable, if not expected, choice. But she sold it as advice that would “put the past behind you and help you move forward”. It’s not that simple.

Blocking your ex is not a fix to resolving your feelings about the breakup. Blocking won’t help you, “get over it”. Fixating on your ex is a symptom of the problem, not the problem itself.

The goal is to detach. The opposite of love isn’t hate, it’s apathy.

Again, blocking is good symptom management, but it doesn’t solve the problem — attachment — which isn’t going to resolve by pretending it isn’t there.

The thing that was most healing for me in my own divorce from my cheating husband was (deep breath and covering my head with my hands because someone is going to throw something at me)…taking responsibility for my role in what happened.

Once I took responsibility for my part in the demise of my marriage, even though he was the one who cheated, my anger and preoccupation with my ex evaporated. I realized that my compulsive thinking about it wasn’t about him … it was about:

“How dare he cheat on me! If anyone should’ve cheated, it should’ve been me!”

3) Feeling like I was his victim and had no control, i.e.

“This is ALL his fault!!! I was the perfect wife! The rug was ripped out from under me without my consent!”

I had to resolve all of those negative emotions and that required attending to what had happened, not ignoring it. Honestly accounting for the ways that I had screwed up was the best — albeit really ego annihilating — thing I did.

(For the record, I am pro-ego-annihilation. Your ego can be a real stumbling block.)

Figuring out where I had gone wrong (which, in my case, traced all the way back to failing at mate selection and moved forward from there) helped me take responsibility, and then I was able to stop being his victim. Then I was able to stop giving a shit who he was fucking and get on with doing some fucking of my own.

Now I can say with sincerity, “He’s dating a 26-year-old? Good luck to them both. Not my monkey, not my circus.”

If I had just pretended like he had never existed and “moved on” without doing any of the work to identify how I had contributed to the apex of the shitshow that was my marriage, that wouldn’t have healed anything and I would likely be doomed to repeat the same mistakes in my next relationships.

Now, I’m 9 months out from my divorce decree and I cannot even conjure the feeling of being attracted to him, let alone imagine giving two shits about who he is dating or what he is doing.

I know women who are 20 years out from their divorces and still carry anger, bitterness, and concern about the behaviors of their exes. They still feel like victims. They have taken no responsibility. They are still very much attached to their ex-husbands.

I do have him blocked on social media (and probably always will) but that’s about my privacy, not about caring what he is doing.

The Good Men Project is different from most media companies. We are a “participatory media company”—which means we don’t just have content you read and share and comment on but it means we have multiple ways you can actively be a part of the conversation. As you become a deeper part of the conversation—The Conversation No One Else is Having—you will learn all of the ways we support our Writers’ Community—community FB groups, weekly conference calls, classes in writing, editing platform building and How to Create Social Change.

Here are more ways to become a part of The Good Men Project community:

Request to join our private Facebook Group for Writers—it’s like our virtual newsroom where you connect with editors and other writers about issues and ideas.

Click here to become a Premium Member of The Good Men Project Community. Have access to these benefits:

Are you stuck on what to write? Sign up for our Writing Prompts emails, you’ll get ideas directly from our editors every Monday and Thursday. If you already have a final draft, then click below to send your post through our submission system.

Are you a first-time contributor to The Good Men Project? Submit here:

Have you contributed before and have a Submittable account? Use our Quick Submit link here:

Do you have previously published work that you would like to syndicate on The Good Men Project? Click here:

Join our exclusive weekly “Call with the Publisher” — where community members are encouraged to discuss the issues of the week, get story ideas, meet other members and get known for their ideas? To get the call-in information, either join as a member or wait until you get a post published with us. Here are some examples of what we talk about on the calls.

Want to learn practical skills about how to be a better Writer, Editor or Platform Builder? Want to be a Rising Star in Media? Want to learn how to Create Social Change? We have classes in all of those areas.

While you’re at it, get connected with our social media:

However, you engage with The Good Men Project—you can help lead this conversation about the changing roles of men in the 21st century. Join us!

Do you want to talk about how to have richer, more mindful, and enduring relationships?

We have pioneered the largest worldwide conversation about what it means to be a good man in the 21st century. Your support of our work is inspiring and invaluable.

The Good Men Project is an Amazon.com affiliate. If you shop via THIS LINK, we will get a small commission and you will be supporting our Mission while still getting the quality products you would have purchased, anyway! Thank you for your continued support!