We’ve been told again and again that we need to limit our single use plastics and ensure that anything we throw away doesn’t end up in our oceans.

Studies have found that tiny organisms in our seas are eating micro-plastics and plastic material has even been found in parts of the Mariana Trench, the lowest part of our ocean. 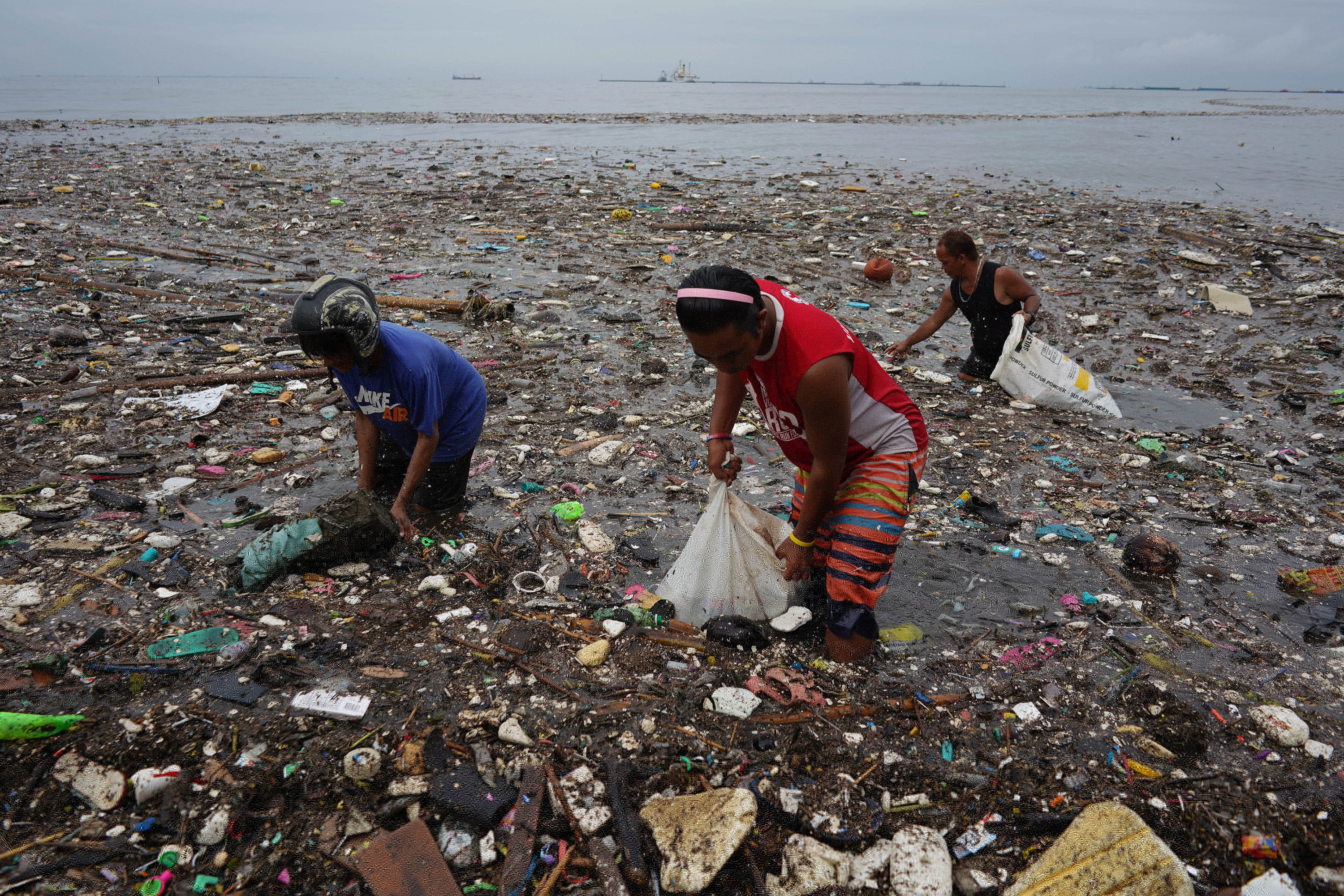 Ocean conservationist group Sea Shepherd has released several confronting images as part of an awareness campaign to help people understand how much impact plastic has on marine life.

The caption says: “The plastic you use once, tortures the oceans forever.”

The photos show various sea creatures like seals and turtles with bags over their heads, clearly suffocating. It goes without saying that the images are computer generated and Sea Shepherd didn’t just chuck a bunch of plastic around living animals.

The awareness campaign has received mixed reviews, with some praising it for it’s grittiness while others reckon it’s a bit too much.

One person wrote: “By the heavens, Shepherd, this is a horribly frightening pic. The reality is even worse, I know but still, that pic is a massive kick in the guts.” 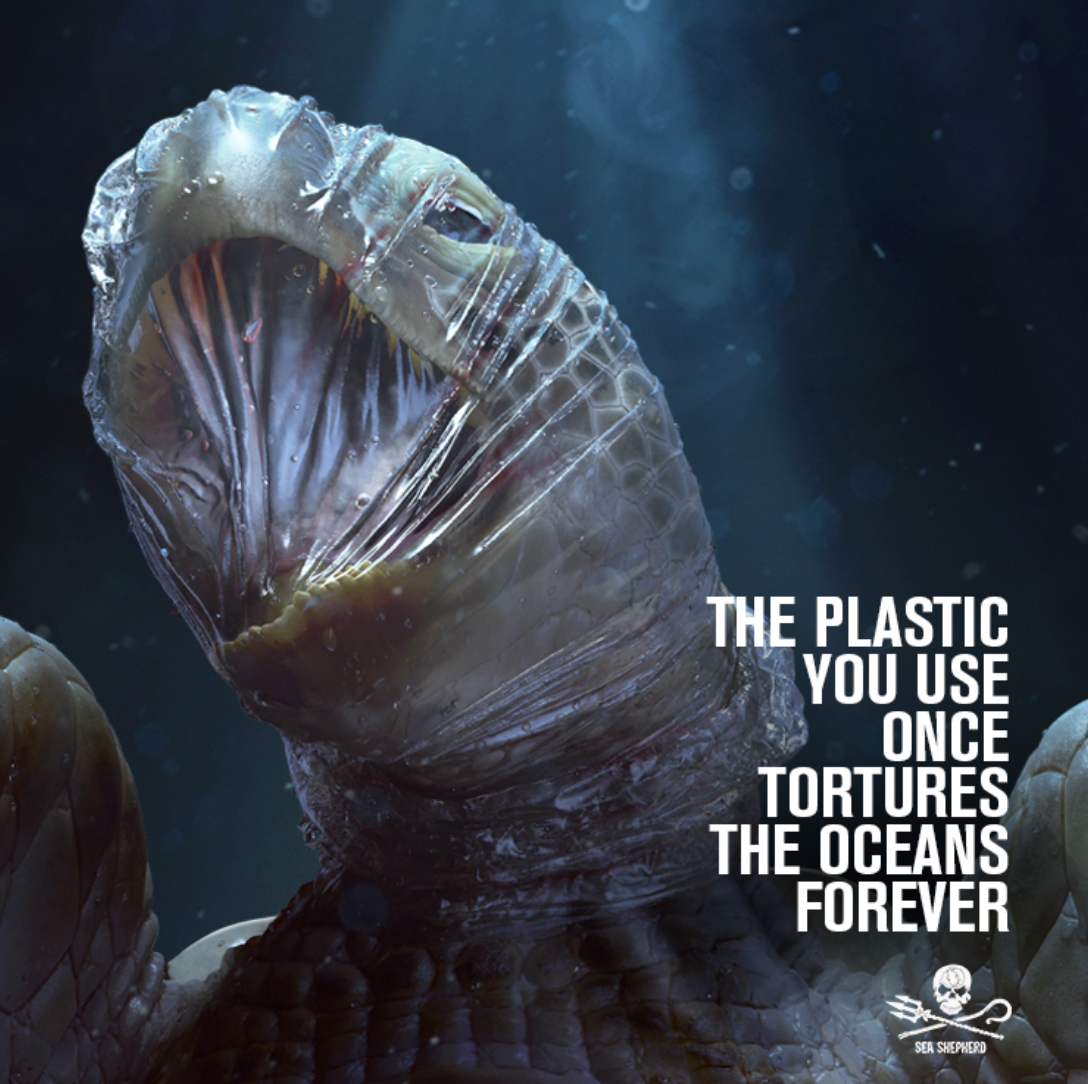 Another said: “Such a disturbing image!”

A different social media user questioned whether it was effectively getting the message across, commenting with: “Entanglement is happening, but is it justifiable to anthropomorphise with imagery of human torture when arguably it’s not intentionally inflicted on marine life with the purpose of causing pain.”

Some people were worried images like these would only desensitise people to animal death and make them care less.

Recently, a massive dead whale was discovered to have more than 40kg of plastic in its stomach.

The Cuvier’s beaked whale was found dead in the Compostela Valley in the Philippines earlier in March; an autopsy was carried out by staff from Bureau of Fisheries and Aquatic Resources Fishery Management Regulatory Division, led by marine biologist Darrell Blatchley, who owns D’Bone Collector Museum, and Dr Elaine Belvis where the shocking discovery was made.

Blatchley told CNN its cause of death was dehydration and starvation due to swallowing so much plastic.

In worse news, scientists have confirmed for the first time that our bodies are becoming polluted with plastic as tiny pieces have been found in samples from all eight participants in an pilot study.

Lead researcher Dr Philipp Schwabl said: “This is the first study of its kind and confirms what we have long suspected – that plastics ultimately reach the human gut. Of particular concern is what this means to us, and especially patients with gastrointestinal diseases.

“The smallest microplastic particles are capable of entering the bloodstream and lymphatic system and may even reach the liver.”

If a shock campaign from Sea Shepherd helps people think twice about single use plastics then it can’t be a bad thing, can it?