A new Florida bill would make it a criminal offense for a minor to publish an image of a gun– “or a gadget displayed to resemble a gun”– on social media.

The bill, SB 1310, was presented by Florida state senator and Democrat Jason W. B. Pizzo.

The bill mentions that anybody younger than 18 “who posts or releases an image of a gun, a BB gun, an air or a gas-operated weapon, or a gadget displayed to resemble a gun to a social networks page, post, profile, or account that is freely viewable to the public devotes a misdemeanor of the very first degree, punishable” by a fine of $1,000 or approximately a year in prison.

Additionally, as if tossing kids in jail for innocuous social-media posts isn’t going far enough, the costs has arrangements to punish their parents, too:

( 2 )(a) Any parent or guardian of a small, or other adult responsible for the welfare of a minor, if the minor has a gun in offense of this area, may, if the court discovers it suitable, be required to participate in classes on moms and dad education which are authorized by the Department of Juvenile Justice, upon the first conviction of the minor. Upon any subsequent conviction of the minor, the court may, if the court finds it appropriate, need the parent to participate in further parent education classes or render neighborhood service hours together with the child.This bill is not only totally unneeded and totally bananas, it is likewise– as a piece in Reason mention– really much unconstitutional. It’s not like this expense just bans photos of guns where they are displayed in a threatening manner (which would be perfectly great, given that the law makes exceptions for real, credible risks) or where they are revealing a minor using a gun illegally. No, this expense bans any photo of any gun, or even a “device displayed to look like” one.

As Factor explains, a photo of a small utilizing a gun legally at a shooting range with his/her moms and dads might be enough to send him or her to prison. That holds true– and it’s also real that it could get back at more ridiculous than that. According to these guidelines, being 17 and posting photos after dressing up as, state, Ralphie from A Christmas Story with a fake BB gun as a prop would also be something that Pizzo apparently thinks would indicate you deserve a year of imprisonment for. I could believe of a lot of Halloween outfits– cowboy, police officer, soldier– that could land a kid in prison if he attempted to post images of himself. Mentioning cops and soldiers, by the method, what if a kid were to take an image with one who happened to have a gun on them that showed up in the image? According to this costs, that, too, might be enough to send the kid to prison. Most likely, since of that “gadget displayed to resemble” qualifier, publishing a photo of an innocent summertime squirt-gun battle could result in the exact same repercussions.

If somebody is using social media to threaten others with weapon (or any other type of) violence, then that person should obviously be penalized. The thing is, however, that is currently illegal. All this costs would do would be to punish kids for the harmless expression of their First and/or Second Modification rights– and it shouldn’t be tough to comprehend why that’s wrong. 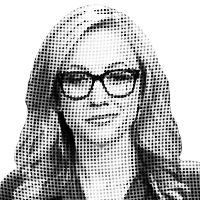